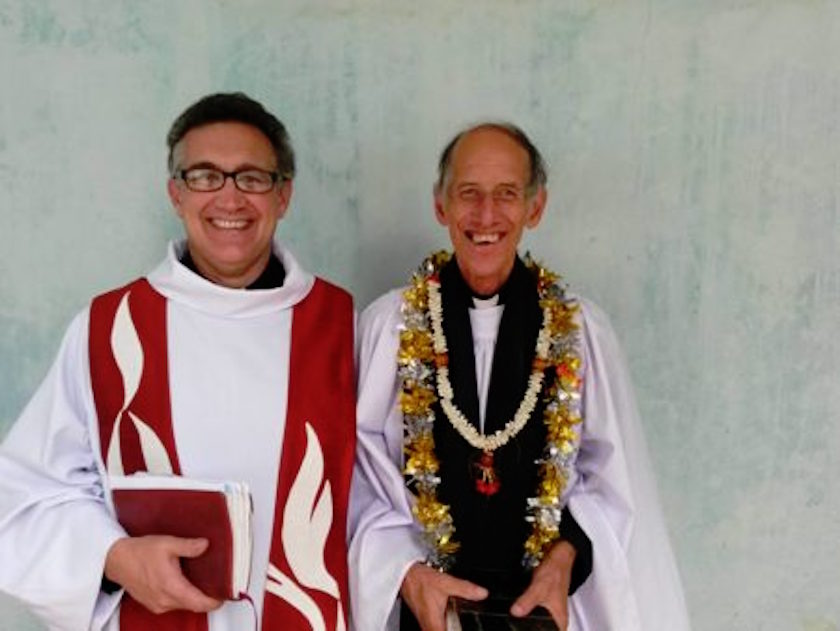 Peter and Christine Akester, from Rangiora, were CMS missionaries in Tanzania for 18 years. Peter worked as a pharmacist and had many life threatening adventures. They returned to NZ with two african daughters to educate, but for Peter particularly, Tanzania was where his heart was. Both Christine and Peter are fluent in Swahili. A new Anglican diocese was set up in Kondoa, north of Dodoma, a very poor area and mostly Muslim. Given Gaula, who finished his PhD at St John’s College in Auckland, was consecrated as the new Bishop. He made a connection with a number of parishes in NZ for his support, particularly St Stephens Whangaporoa and Anglican Life Rangiora. The vicars from these two parishes have led teams to Kondoa every year for the last few years.

Last year, Peter and Christine returned to Kondoa to work with the Bishop; Peter as Principal of the Bible College. Andrew Allan-Johns asked Bishop Given to ordain Peter during his time there and this happened on the 19th of June 2016 in a five hour ordination service. Andrew led the ordination retreat and preached at the ordination.

The Rangiora parish presented Peter with an alb and a beautiful set of stoles but the ordination custom there is to wear a cassock, surplus and preaching scarf, so Andrew wore Peter’s new alb and red stole!

These teams from NZ have a huge impact on the diocese with their teaching ministry, particularly with the clergy. Last year they went up into the Massai tribes taking the message of the Gospel into remote areas. The Massai chief took a fancy to Andrew’s head torch so after they had met his many wives and blessed his corrals of animals, Andrew left it with him.

Some of the problems in the diocesan headquarters is just getting the buildings fixed and the IT working, so two of the team from Rangiora are doing that during this three week mission.